In the summer of 2001 the nostalgia  craze for World War II and “The Greatest Generation” had reached a fever pitch.  Steven Spielberg’s Saving Private Ryan and Band of Brothers, Steven Ambrose’s best selling popular history, Citizen Soldiers, and Tom Brokaw’s Greatest Generation franchise of books extolled the therapeutic values of combat, and the American public lapped it up, eager for another “just war” to present itself so they could relive the glories of World War II.  This in part explains our disastrous impulse to invade Iraq a couple of years later.

My father, James O’Neal Weddle, had served as a Marine in World War II, and fought in some of the bloodiest and most savage battles of the Pacific.  He was horribly scarred by the experience and never recovered, and his entire family suffered because of it.  The World War II nostalgia craze nauseated me.  So I wrote a response to it in the form of a cover story for Los Angeles Times Magazine.  It generated the most intense response I ever received to a magazine article.  Hundreds of readers wrote letters, and a number of them called me and wanted to go out to lunch.  Many broke down and wept and said things like, “You finally helped me to forgive my father,” or “I am beginning to understand him.”

Here is a link to the article:

Secrets at the Bottom of the Drawer

And here are the actual pages of the article with photos and art work: 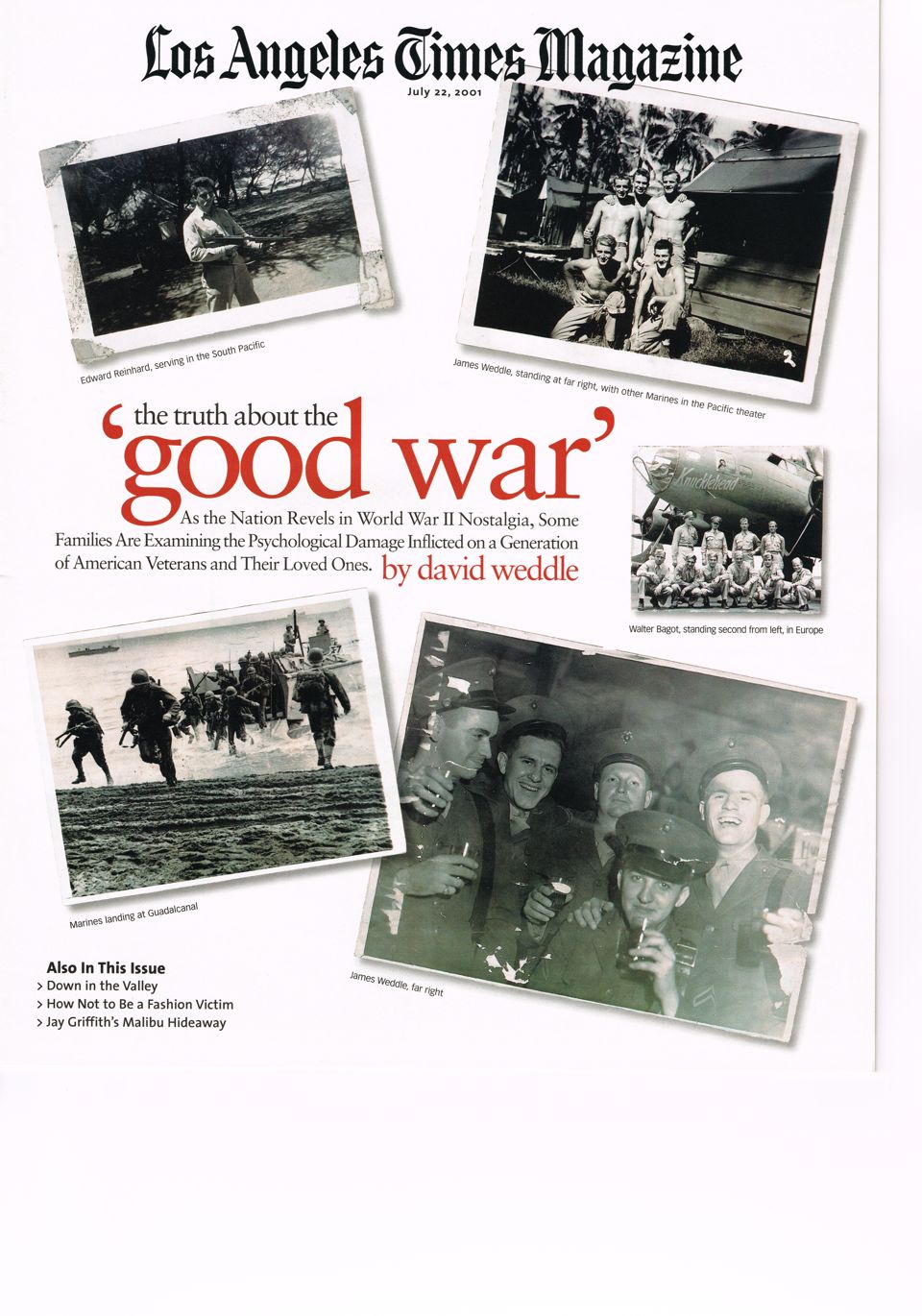 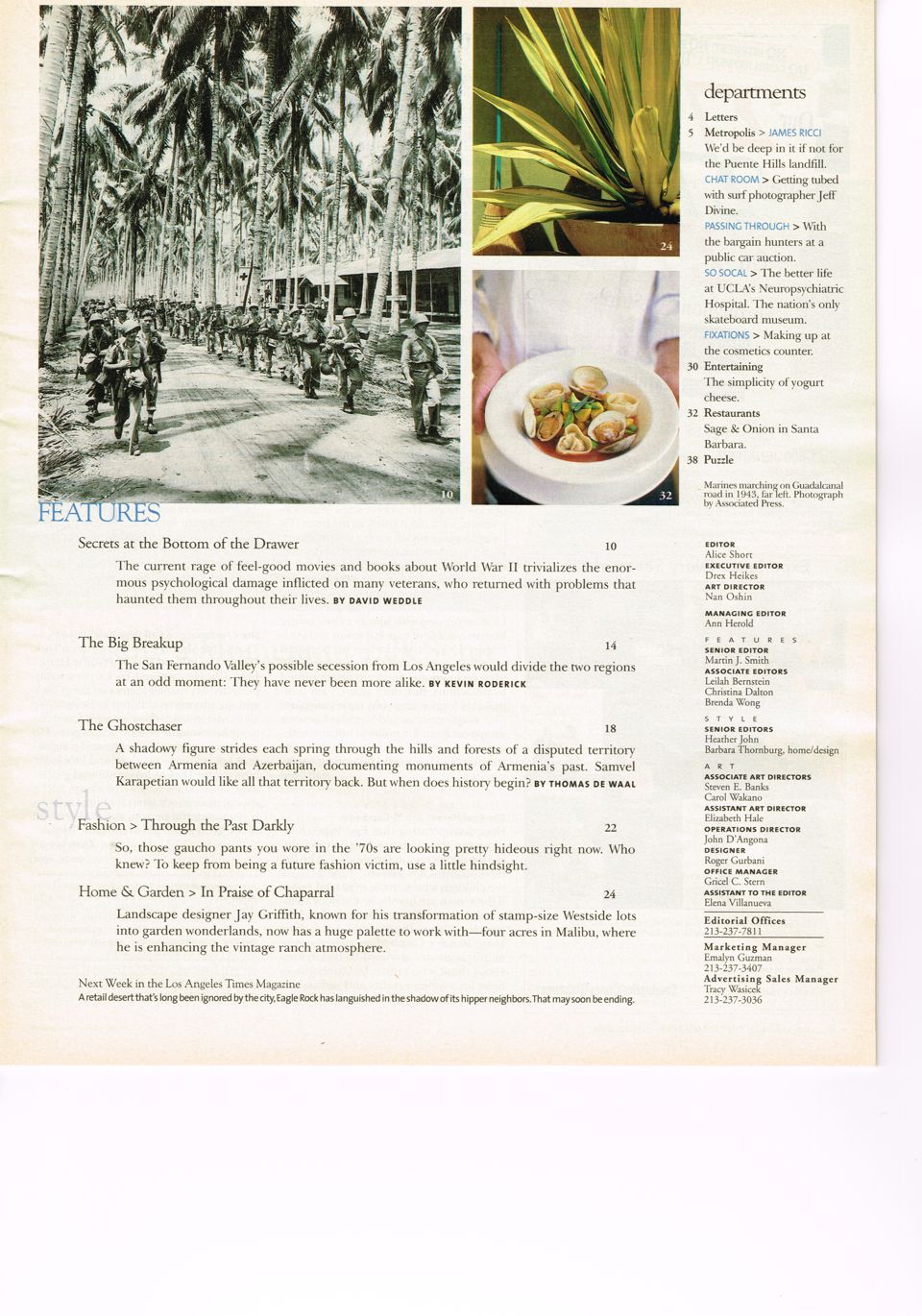 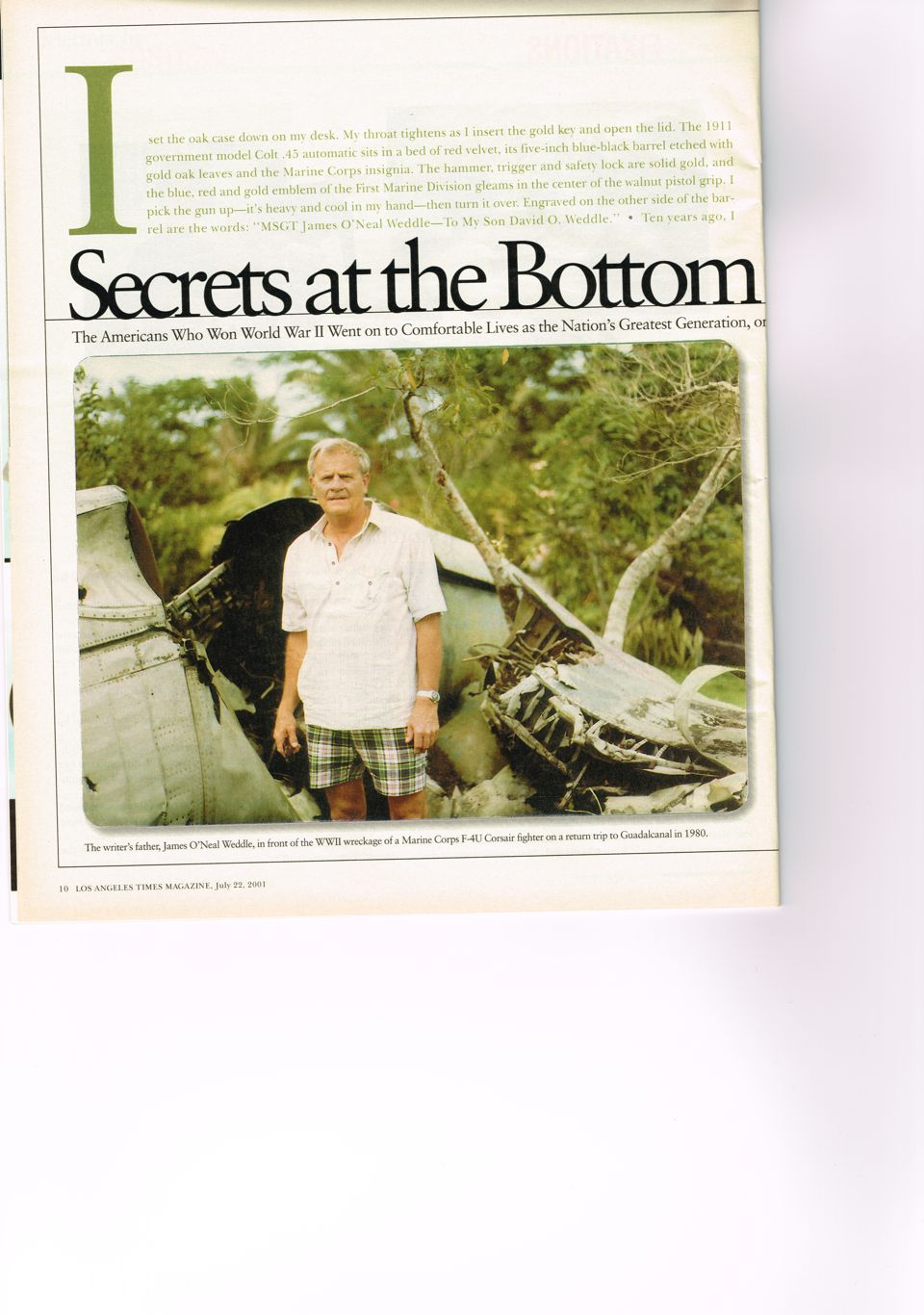 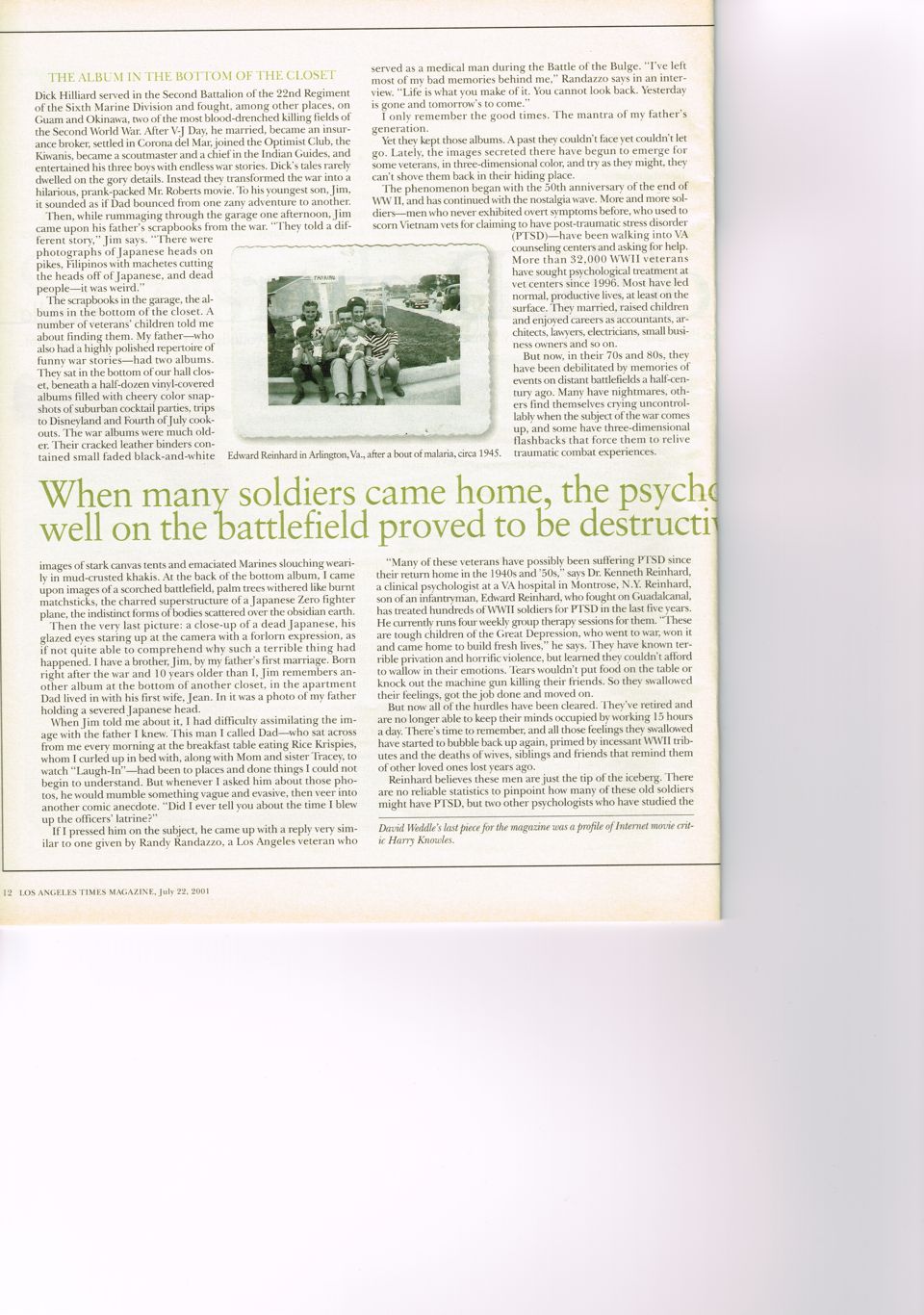 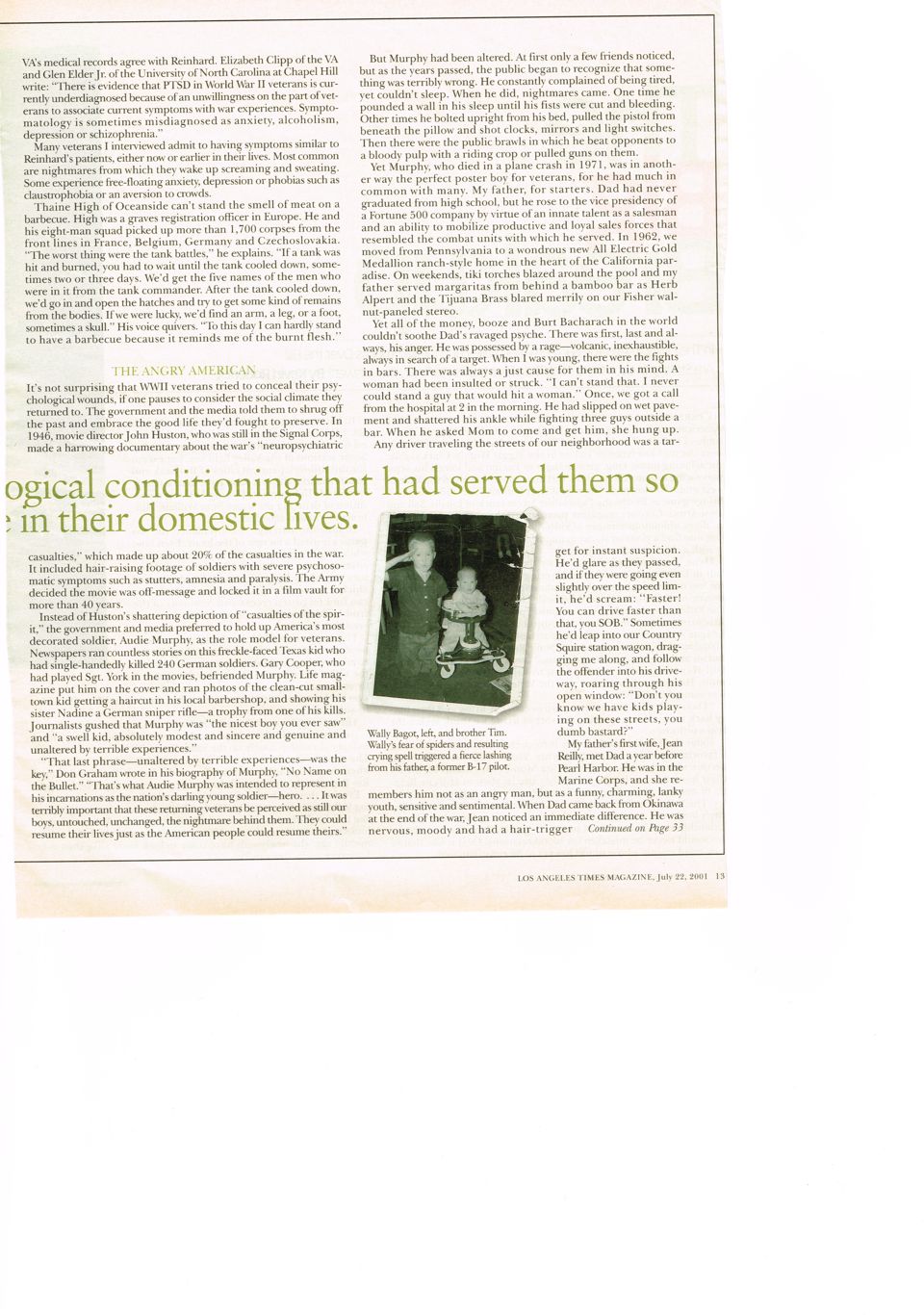 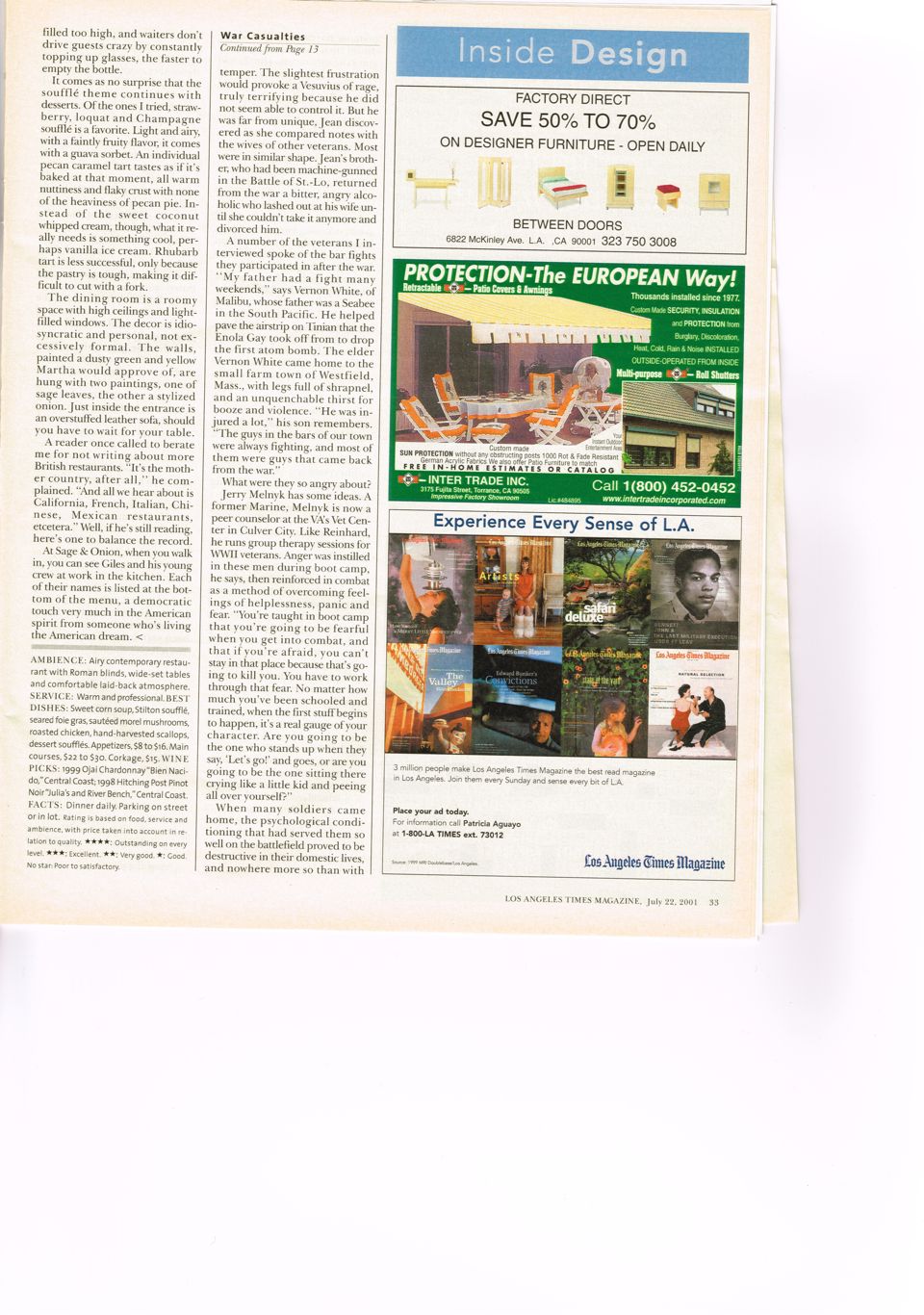 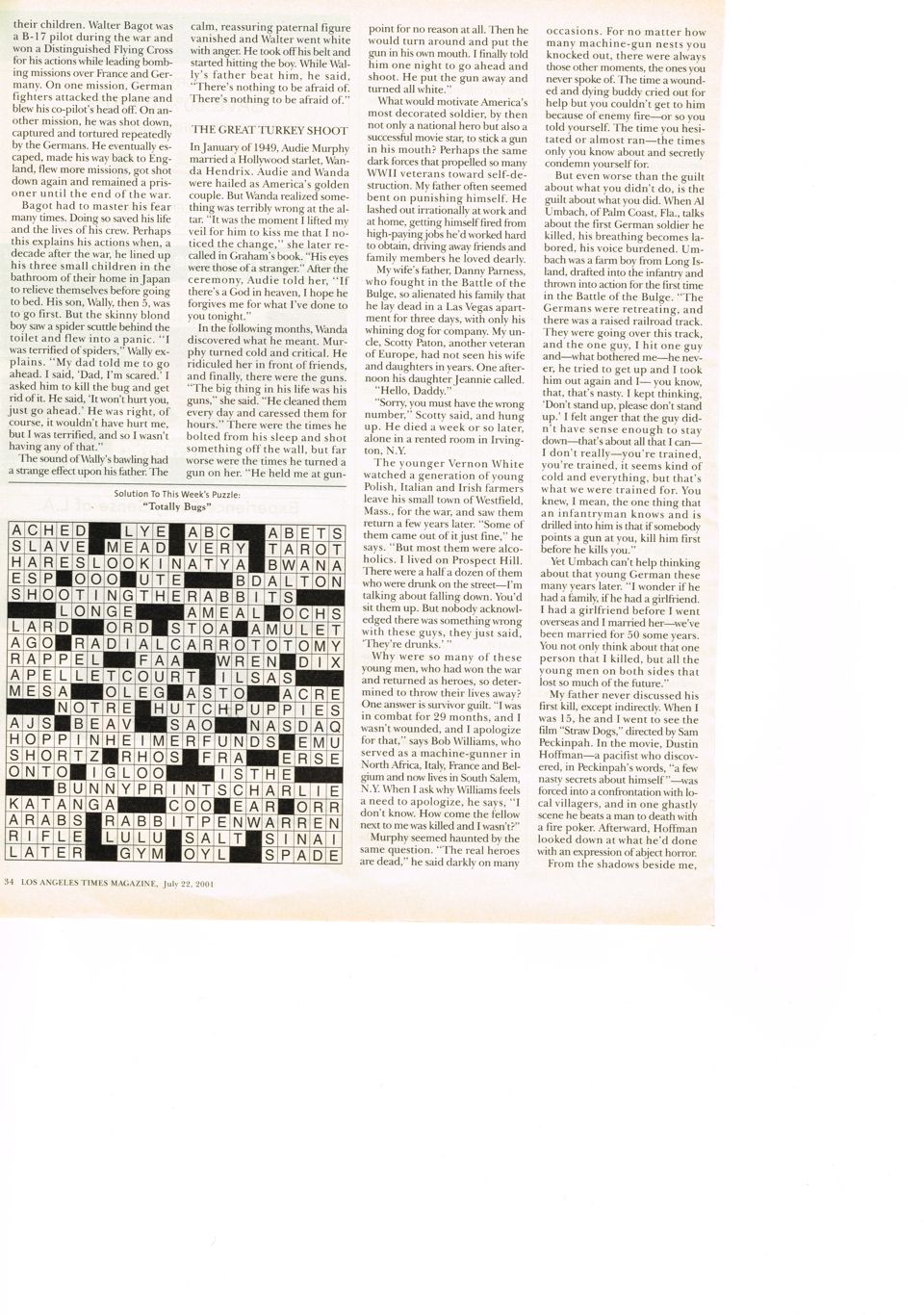 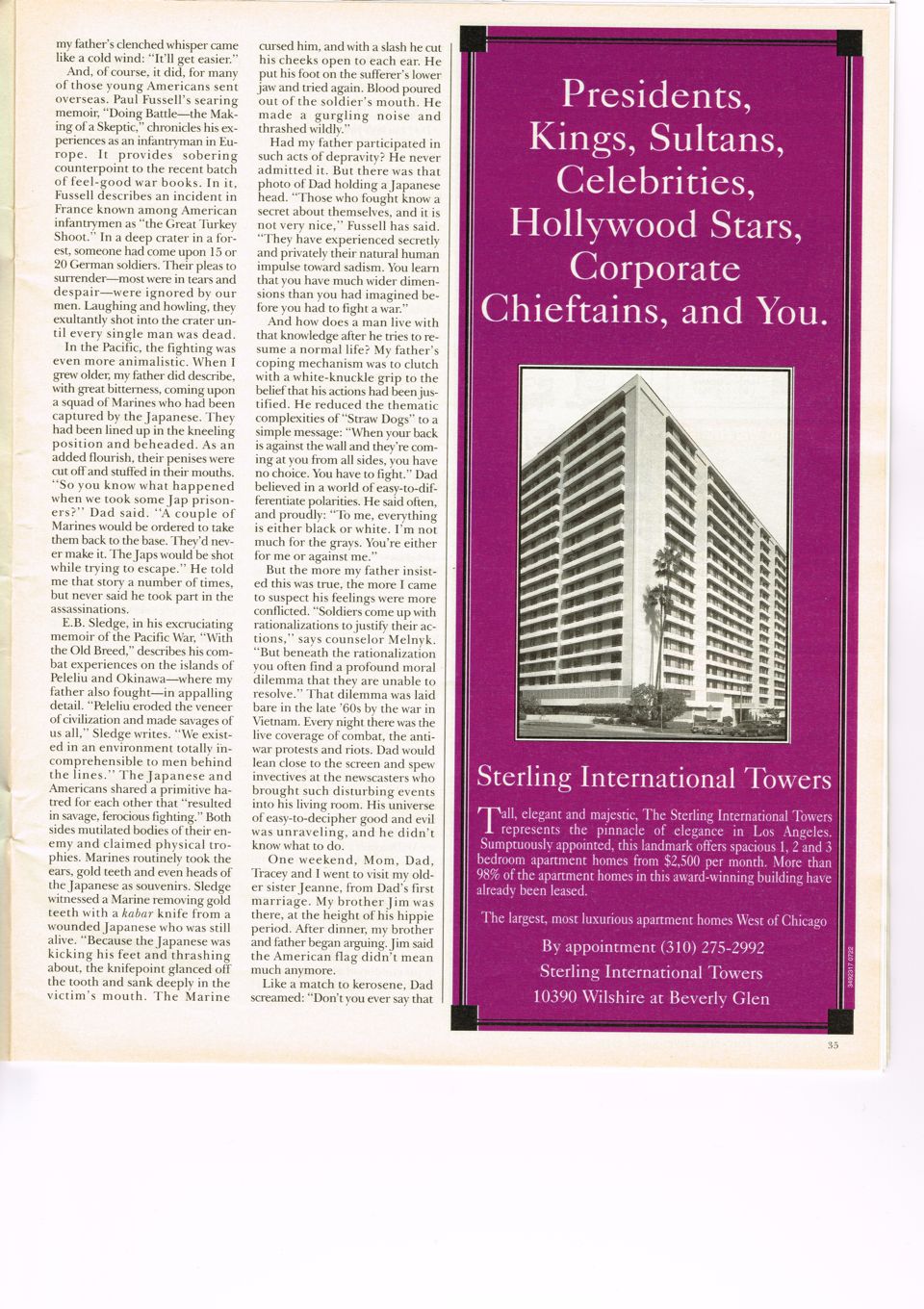 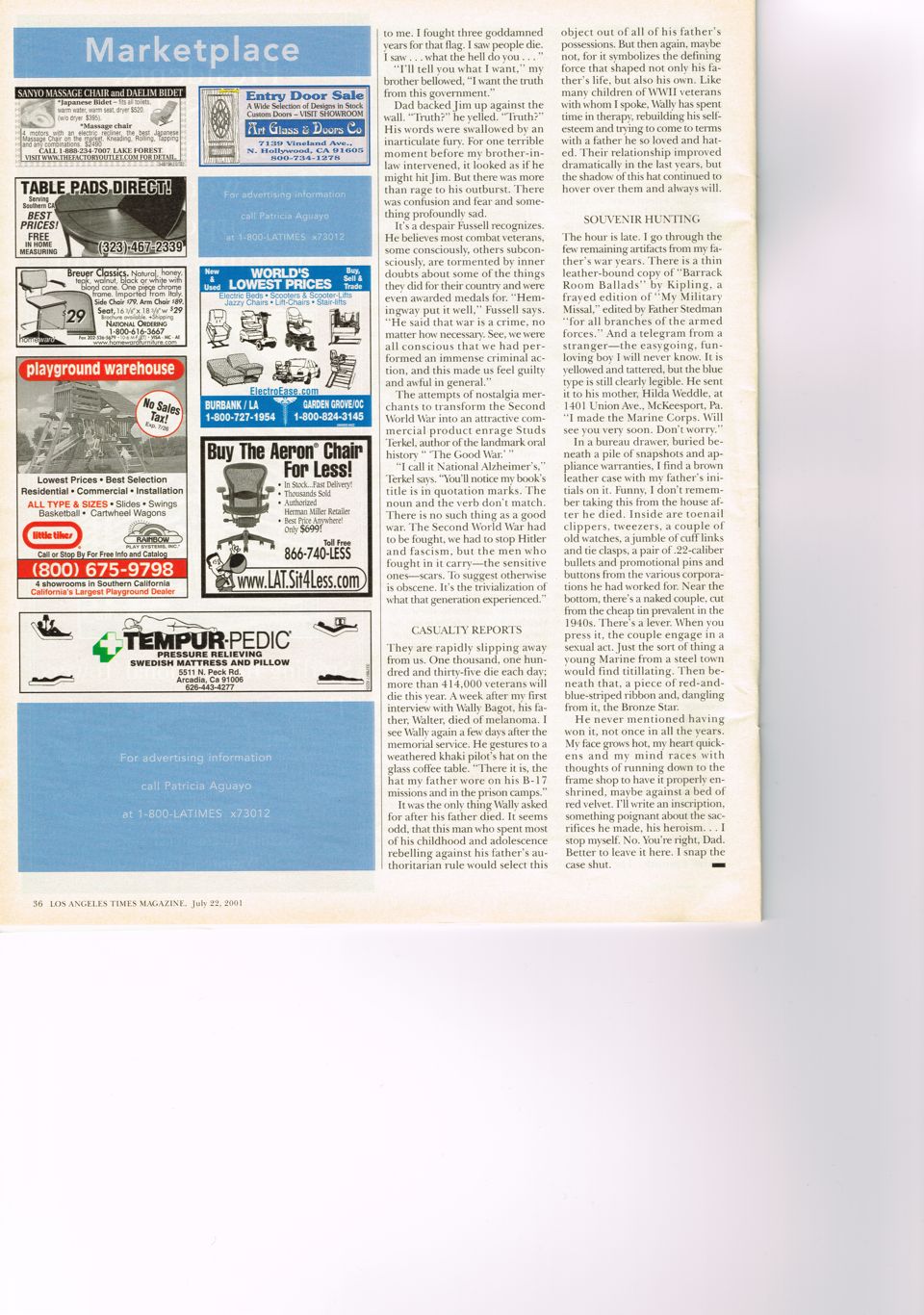